What is a Theologian?

"Theology." The word alone is enough to make many modern-day Christians shudder.

Isn’t that the complex stuff about God that we’re supposed to leave up to Bible scholars and pastors? What does theology have to do with the everyday believer in Christ? Can’t I just believe in Jesus and be good to go? 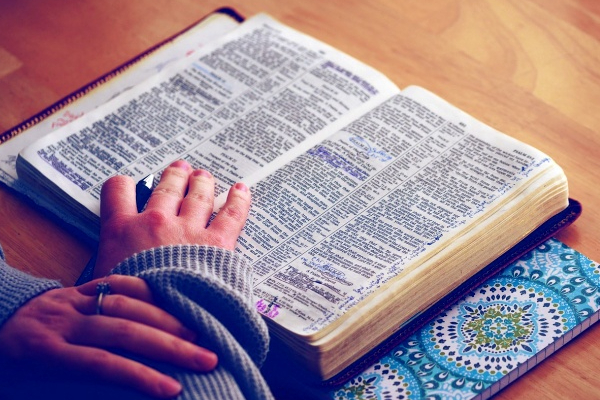 We can assure you, theology is vital to even the least educated of believers. Without proper theology, a well-meaning Christian can fall into all sorts of errors in his or her beliefs about God. This can have serious repercussions on their understanding of salvation and their relationship to Christ.

That being said, sound theology doesn’t just pop out of midair. That’s where the theologian comes into play. A theologian is someone who professionally studies the nature of God in order to help the Church understand God in a deeper and richer manner. While a theologian typically derives most of his or her theology from the Bible, some theologians also make use of the early writings of the Church and different metaphysical philosophies to aid them in their studies.

Why Do We Need Theologians?

Throughout the history of the Church, there have been a number of theological questions and problems that have popped up and required answers.

“Is Jesus divine? If so, is He wholly divine, or is He only partially divine? And is God triune or absolutely one?”

These are all important issues that faced the Church throughout the early centuries of Christianity, and such questions needed theologians who had studied the nature of God to answer them. Each of these theological questions would have a profound impact on the faith one way or another, so they needed answers!

The same is true today. People come up with new theological inquiries all of the time, but they often don’t have the scriptural knowledge necessary to come to a conclusion. That’s why we have theologians even now.

In a way, theologians are timeless spiritual warriors, fighting for (or, if the theologian has bad theology, against) the truth of our faith in Christ for all ages past and present. They wield great power with the scriptures, and they help to shepherd the flock of the faithful believers in Jesus with the truths that they establish.

Take caution when studying the teachings of any theologian; not everyone is cut out to be a sound theologian, and their teachings must be compared to the standard of Scripture before being accepted as truth.

Now that you know what a theologian is, here are some famous theologians throughout the centuries and their contributions to understanding the faith.

Athanasius was a theologian who lived during the fourth century when the Church was beginning to finally spread its wings and come to a level of maturity. He was present at the Council of Nicea, which was called by the Church to help establish who exactly Jesus was and how He fit in the Godhead. Athanasius was a staunch defender of trinitarianism, and he helped the Church to overcome the heresy of arianism, the idea that Jesus was a created being rather than an eternal being.

Thomas Aquinas was a Roman Catholic theologian who used a combination of Scripture and Aristotelian metaphysics to establish his theological teachings. He is well known for his “five proofs” of God’s existence, which established him as both a theologian and a philosopher. His Summa Theologica, an incredible and lengthy systematic theology that many subsequent Roman Catholic theologians have drawn upon since its publishing.

Known as the “Father of the Reformation,” Martin Luther was a German monk and theologian during the 16th century. Upon studying the scriptures, he came to believe that the Catholic Church had fallen into numerous errors and was on the verge of apostasy if it didn’t change its ways quickly. After he established The Ninety-Five Theses, a list of theological concerns that he had for the Church, he was excommunicated on charges of heresy, and he proceeded to be an influential leader in the movement known as the Reformation. His main theological contributions to modern Protestant thinking include sola fide (“faith alone”), sola scriptura (“scripture alone”), and sola gratia (“grace alone”).

Another of the great reformers, John Calvin, was a French reformer and theologian who advocated strongly for the sovereignty of God. Though his writings were extensive, his teachings can be summarized by the term “monergism,” which is the teaching that God alone acts during salvation without the cooperation of man. His followers, debating with others on the nature of man’s participation in salvation, ultimately boiled monergism down to five distinct teachings:

His full theology can be found in his work, Institutes of the Christian Religion.

A modern theologian, John Howard Yoder was a Mennonite theologian of the twentieth century who held Anabaptist views. He was a Christian pacifist, believing that the teachings of the scriptures indicated that followers of Christ ought to be totally nonviolent, subverting the culture by following the loving teachings of Christ rather than through force or the state. He was a prolific author, but his most famous work was The Politics of Jesus.

Though these are some of the best-known theologians from history, they’re far from the only ones. Theologians have played an integral part in maintaining the teachings of the Bible, and the defense that they provide to the faith is irreplaceable. Take some time to study the writings of the great theologians from Church history; you might just learn a thing or two and deepen your relationship with Christ.

If you are interested in studying theology in an academic setting, Great Lakes Christian College offers two ways to obtain a degree in Bible Theology: