The President's Pen: The Problem of Evil 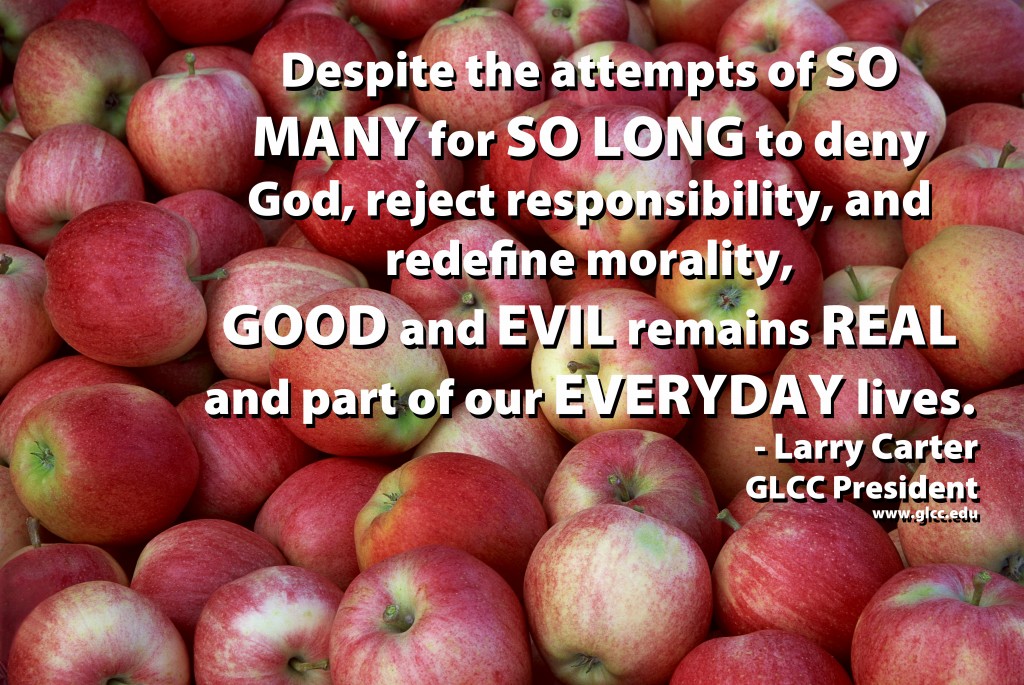 Andrew Delbanco, in his book, The Death of Satan: How Americans Have Lost the Sense of Evil, wrote that "a gulf has opened up in our culture between the visibility of evil and the intellectual resources available for coping with it. The repertoire of evil has never been richer. Yet, never have our responses been so weak. We have no language for connecting our inner lives with the horrors that pass before our our eyes in the outer world." He states that in earlier times there was a concept of moral evil. Now we don't know what to call it. He writes, "Today we are likelier to use a euphemism like 'antisocial behavior', a notion in which the concept of responsibility has disappeared and the human is reconceived as a component with a stipulated function. If it fails to perform properly, it is subject to repair or disposal; but there is no real sense of blame involved - no more than with a ball bearing or a hose that has gone bad. We think in terms of adjusting the faulty part or, if it is too far gone, of putting it away."

This kind of thinking isn't new. America has been trying to deal with evil in creative ways since the turn of the 20th century. In 1902 Clarence Darrow, the famous defense attorney, said, "There is no such thing as a crime as the word is generally understood. I do not believe that people are in jail simply because they deserve to be. They are in jail simply because they cannot avoid it on account of circumstances which are entirely beyond their control and for which they are in no way responsible."

Aldous Huxley wrote in 1946, "For myself as, no doubt, for most of my contemporaries, the philosophy of meaninglessness was essentially an instrument of liberation. We objected to the morality of our day because it interfered with our sexual freedom." He and his friends decided that the only way to jettison morals was to deny that the world had any meaning whatsoever thus allowing them the freedom to live a life free of constraints.

In 1994 Robert Wright, a leading psychologist wrote, "The concept of evil doesn't fit easily into a modern scientific worldview. Still, people seem to find it useful, and the reason is that it is metaphorically apt. There is indeed a force devoted to enticing us into various pleasures that are (or once were) in our genetic interests but do not bring long-term happiness and may bring great suffering to others. You could call that force the ghost of natural selection."

So, we have one who says that evil has no perpetrator, at least a responsible perpetrator. Another that evil is just one man's way of looking at it - morals are only those things that limit freedom. And another who thinks evil, as a term, might be a helpful metaphor for some, but it really is only some leftover nastiness from natural selection.

Yet, when Americans are faced with a tragedy like what occurred in Newtown, Connecticut the word evil becomes more than a psychological or philosophical term to be discussed and analyzed. When we see it in such a horrible form it is simply - evil. We know it instinctively. We know it when contrasted with good - like the heroism of teachers who give their lives for the sake of others. God created us with the ability to discern the difference between good and evil. Despite the attempts of so many for so long to deny God, reject responsibility, and redefine morality, good and evil remains real and a part of our everyday lives. What started in the Garden of Eden continues today in Lansing, Michigan. The choice is ours.