The President's Pen: God Is Love 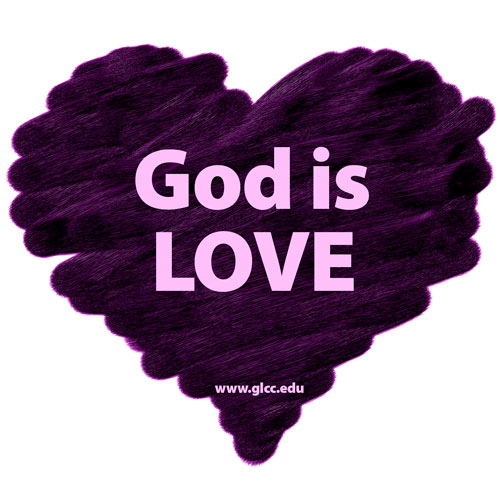 One of my favorite cartoon characters is Pepe LePew. For those too young to know or too old to remember, he is the persistent romantic skunk of Warner Brothers fame. Cartoon after cartoon shows him pursuing his love interest, usually a beautiful bewildered cat, with such diligence and determination that you can’t help but admire this odoriferous Don Juan of the animal kingdom. Nothing could stop him. Whether it was ridicule, contempt or even physical rejection Pepe LePew remained on task. Whatever it took he would get his girl!

Pepe comes to my mind when I think about God’s love for us. While there are some similarities of Pepe’s persistence to God’s grit and determination to share His love – even with those who would reject it – my thoughts lead into a little different direction. Instead of God being like Pepe and us being a cat – we should reverse roles. God is the cat chasing after us skunks. Go figure. We are the ones who stink and yet God pursues us still.

His love pursues us through all the wrong turns, the dead ends, the back alleys, and the garbage dumps of life. Wherever we go He goes with us. His love never quits. Psalm 136 has 26 verses worth of declaration that God’s love never quits! His is a love that isn’t based on behavior. Its not promised based on the hopes that you’ll become everything He wants you to be. Its not based on a mistaken identity that you are somebody else. His love is based on Him, yes, but the remarkable thing is that He loves you because you are you.

How many Christians live their lives thinking God is like an uncommitted parent who is ready to abandon his family at the least provocation? How many believers fear, deep inside, that God will ultimately turn out to be a “dead beat” dad who withholds not only the necessities of life but his love as well? How many children of God see Him as a threatening force that’s poised and ready to punish us when we spill the milk or say a bad word?

This is hard for us to accept, let alone understand. Everything we see and do seems so conditional. We are so used to a second kind of love that First Love comes to us as an impossibility. One pagan native in a discussion with a Christian missionary was heard to say, “We have always believed in God. But we thought by now He was so disgusted with us He left us to fend for ourselves.” Bernard of Clairvaux once commenting on our capacity to sin repeatedly wrote, “We are nothing but a sack of dung and food for worms.” I think most of us know exactly how he feels. I know I do. There are times I do and think things that disgust me let alone that which would disgust God. And yet God loves me still. He not only loves me but He even wants to be with me – forever. Go figure.