The President's Pen: God Is Able 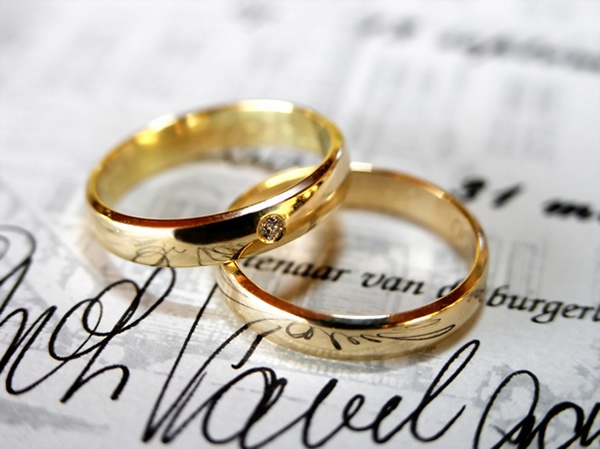 Last May Judy and I celebrated 42 years of marriage. The fact of it seems incredible to me. I remember a time when I thought those who celebrated their 25th positively ancient and decrepit. I thought their next step was the grave. Yet, here we are 42 years later bowed, but not broken, bloodied, but not dead. Where has all the time gone?

Even though my mind has started to go and my back has already went – I do remember our wedding day. It was not a particularly happy event. To begin with, while I was oblivious to the importance of every aspect of the wedding experience – Judy was not. While I was thinking about the honeymoon – Judy was trying to pull off a matrimonial masterpiece. While I was messing around with my four brothers – Judy was making sure every detail came off perfectly. It didn’t.

Despite her best efforts I flubbed our wedding vows. In fact, I was so nervous I repeated the vows backwards. Judy thought I did it on purpose. I began to get very emotional. Standing next to my twin brother, who was my best man, it suddenly hit me that as I was getting married to Judy I was also, in a sense, getting a divorce from my brother. We were womb mates for heaven’s sake!

Worst of all, at the reception, as we were making our grand entrance before the assembled multitude, closely following behind Judy, I stepped on her veil. Actually, it was the train of her veil. Apparently, the veil happened to be attached to her head with a staple gun. When I stepped on the veil from behind her head snapped back causing her great pain. There was an audible gasp from the audience. Then, as we were walking behind the table I was trying to make light of the aforementioned faux pas by making faces at my brothers – I did it again. My foot stepped on her veil, the staples held again, and my brothers thought it was all very funny. Judy didn’t. She gave me a look I got used to seeing in the ensuing years. Needless to say, our honeymoon didn’t start off as I imagined.

But, despite the rocky beginning and several storms and a few hurricanes in between – here we are some 42 years later - a testimony to grit and determination and to the grace and mercy of God.

One thing that we have found is that God is able. He is able to do anything – even keep the two of us together. If it weren’t for His presence in our lives we would’ve been divorced three times already. Seriously. There were times when we were in those deserts of despair or tunnels of turmoil that come to marriage. We thought that there was no hope for our love to be real again. The only thing that kept us together was the fumbling promise we made before God. He honored that commitment. He helped us find a spring in the desert and see the light at the end of the tunnel. Our marriage is better and richer than we ever thought it could be. God was able to take two willful people and make us one again. With God there is always hope. God is able.