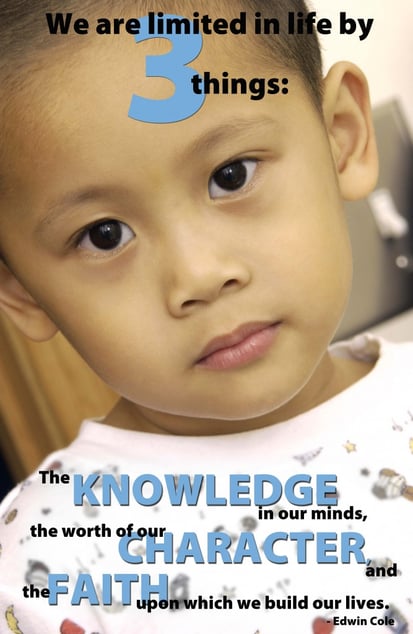 It seems everyone wants to be a victim these days. From elected officials who believe they are simply targets of partisan politics to the average man in the street that feels like the whole world is out to get him. You hear, almost daily, about minorities and discrimination, gays and homophobia, senior citizens and gray-bashing, and children and dysfunctional families. Join any group and you’ll hear someone complaining about how they have been victimized. I guess somebody has to be blamed. Now, I understand that we do have true victims in our society. I don’t want to down play the seriousness of the issue. But, it seems to me that the practice of blaming has been raised to an art form. I heard recently about an Associate Minister who had been arrested for soliciting an undercover cop for sexual favors. When the elders went to talk with him about the situation he said it was the Senior Minister’s fault because he didn’t show him enough attention or respect so he was driven to find assurance in the arms of another man.

Eric Sevareid once commented about Harry Truman, “I am not sure he was right about the atomic bomb or even about Korea. But remembering him reminds people what a man in office ought to be like. Its character. Just character. He stands like a rock in my memory now.”

Where did this character find its source? I heard recently about an interview involving a Navy Seal. He was asked how he was able to do what he had to do. How were you able to go through rigorous training and persevere through some arduous missions? He said they have a saying in the Seals that is represented by the letters DWI. They stand for “Deal With It”. You just have to deal with it – no matter what it is.

With Joseph there was something more. He didn’t just get his mind focused on dealing with it. His character was determined by his relationship with God. At the end of his life he had an opportunity to talk with his family about what they had done to him. He could’ve used that moment to rant and rave and play the victim – but he didn’t. He said to them, “You meant evil against me, but God meant it for good in order to bring about this present result, to preserve many people alive.” This wasn’t something he said with hindsight – this was how he lived his whole life. I’m sure that there were moments of doubt wondering if God had somehow forgotten him. But, rather than give up and play the victim Joseph stood tall relying on his relationship with God to pull him through.