The President's Pen: Blessed To Be A Blessing 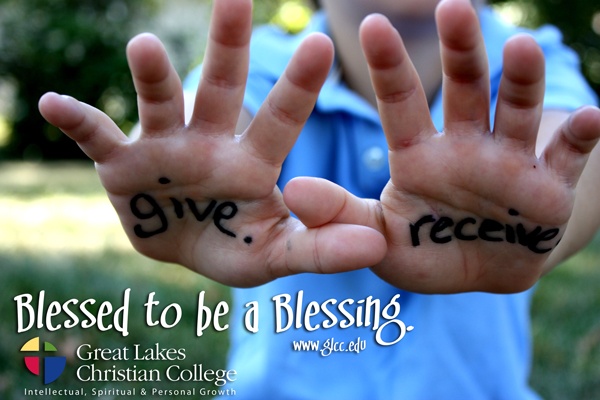 The message of Christ has always been consistent with the desire to benefit all mankind, not just the church. We were blessed to be a blessing. The problem is that many who have attached their names to Christianity have obscured or contradicted that message. Gandhi, while without excuse in rejecting Christ, was not able to see beyond the inconsistent behavior and attitudes of His avowed adherents. It didn’t have to be that way.

Albert Einstein reportedly wrote a letter to Martin Niemoller at the end of WW II in which he stated, “Having always been an ardent partisan of freedom I turned to the Universities, as soon as the revolution broke out in Germany, to find the Universities took refuge in silence. I then turned to the editors of powerful newspapers, who, but lately in flowing articles, had claimed to be the faithful champions of liberty. These men, as well as the Universities, were reduced to silence in a few weeks. I then addressed myself to the authors individually, to those who passed themselves off as the intellectual guides of Germany, and among whom many had frequently discussed the question of freedom and its place in modern life. They are in turn very dumb. Only the church opposed the fight which Hitler was waging against liberty. Till then I had no interest in the church, but now I feel great admiration and am truly attracted to the church which had the persistent courage to fight for spiritual truth and moral freedom. I feel obliged to confess that I now admire what I used to consider of little value.”

Perhaps Gandhi too would have reconsidered the claims of Christ had he not witnessed, first hand, the exploitation of his people at the hands of those who, on the surface at least, claimed to be a Christian country. What could’ve happened if Great Britain had chosen to be champions of spiritual truth and moral freedom instead of being simply a capitalist country using India to serve its own ends? In turn, how many people and countries and cultures, throughout history, have missed seeing Christ because their view was obscured by those who claimed to be His followers. My feeling when thinking about Gandhi is one of profound sadness. I feel sadness in our failure to live like Christ and in Gandhi’s inability to see Christ. But, to make it personal, I wonder how many people I have affected in the same way? Would they have any reason to say they couldn’t see Christ because of me? When I seriously think about it, the answer is - yes. May God forgive me.