Anyone who was a student at Great Lakes Christian College within the last forty-two years likely sat in one of Professor George Brown’s classrooms. In fact, most of our current professors were once his students. I have learned from him in eight different English classes and, like most of his students, I am extremely thankful for his perspective and for his encouragement for me to find mine.

Before writing this, I sat down with George to ask questions about his Great Lakes story.

Interviewing for the Job

It all began when Doc Doty interviewed him for the job. He recalls it to have been less of an interview and more of a “who can out-pun the other?” game.

His story continues with one of his first responsibilities after accepting the job—Madrigals.

George took on the task of directing this Christmas celebration from 1978 until very recently when we transitioned to our current Christmas on Campus celebration.

After one year of putting on a pre-written show, he decided that if he was going to do this, he was going to do it well. From then on, he wrote madrigal plays based on the talents and gifts the student body (and faculty) had to offer. The shows grew to include songs, full costumes, overarching storylines, recurring characters, and dining. It was an educational opportunity that students could make their own and be proud of. For so many, this campus-wide event was a staple in their college careers, and it brings back fond memories of hard work and creativity. 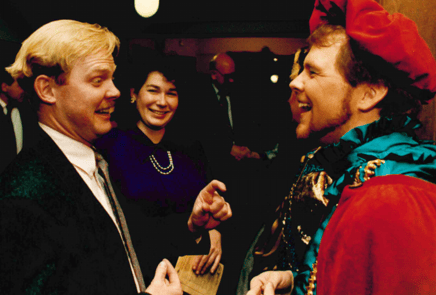 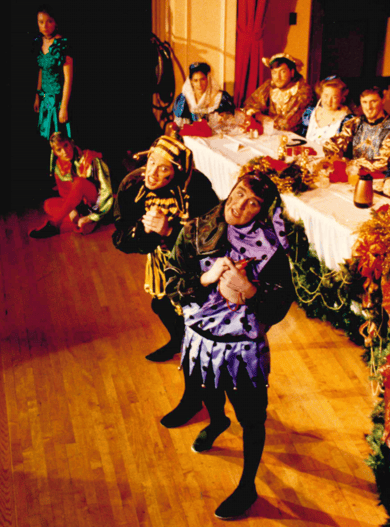 In the classroom, George’s philosophy over the years has seldom changed. He believes that his job is to connect the student to the material and then get out of the way to see what they do with it. He has enjoyed designing most of his classes independently.

His favorite pastimes outside the classroom largely pertain to what he gets to do every day. “Can you believe it? I get paid to preach and read!”

Another pastime of his is taking poor, young, impressionable freshmen to pool school. (That’s a joke. If you’re bad at the game he lets you win, but you didn’t hear it from me.) He also enjoys motorcycle rides and spending quality time with his six grandkids.

George Brown is Retiring this year

This brings us to the resolution of his Great Lakes story. George Brown is retiring at the end of this academic year. One of my questions for him was whether he thought he would be here this long when he accepted the job. He said he didn’t aspire to use Great Lakes as a stepping stone for something greater. He thought and still thinks he found the “best from the first.”

He went on to say that what we do here really matters. Great Lakes is a place where staff is committed to equipping future leaders. George underlines his appreciation for our Christian environment with his statement that “the most pleasurable thing for me is working with students who love Jesus and want to serve Him.”

In his last semester at Great Lakes he will be accompanying staff and students on a mission trip to Santiago, Chile during our second week of outreach. Other than that, he is “looking forward to kicking back a bit.” We can all agree he deserves it.

Professor George Brown is one of many personal professors we have at Great Lakes. Our close-knit community is built on students and professors being on a first name basis, as well as professors making the most of their open-door policies. If you want to be part of that kind of community we would love to have you! Apply today!

Finally, George Brown wanted me to end this blog with a special message, “To all my

favorites, you know who you are.”