This is one regard wherein GLCC is especially blessed: the small size of our college naturally lends itself to more cordial relations between the student body and the professors of the college, allowing the two groups to eat, chat, and spend time together.

As the 2019 Fall semester began to slow down and come to a close, it seemed like a prime opportunity to take advantage of this benefit of Great Lakes and catch up with Dr. Samuel Long, who teaches Old Testament courses and leads the school’s Christian Ministry major. This is currently his third year teaching at Great Lakes.

We began the conversation by discussing his history as a student with the school.

“I was a student at Great Lakes back around 2000,” he told me. “The love of the school never left me, and it made the decision to come back here to teach far less difficult.”

When asked what it was about the school that he loved, Dr. Long had nothing but the highest praise for the school:

“Great Lakes has always demonstrated a beautiful commitment to excellence on both academic and spiritual levels. For a school built on Scripture and education, having both of those aspects is critical. I feel that it helps prepare our students for whatever fields of ministry they enter.”

Dr. Long also spoke highly of the “personal atmosphere” and small size of the college. 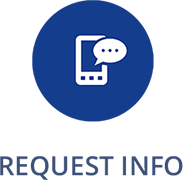 Moving beyond speaking of Great Lakes in general, we delved into Dr. Long’s career as a professor at the school. I asked him for some insight on his personal philosophy when it came to teaching, which proved insightful:

“Engaging all of the senses is the foundation of my teaching style, almost like teaching a youth group. Audio-visuals, lectures- sometimes I even bring some food into the equation.” He added, “If it draws the class into the lesson, I’ll put it to use.”

We then began to discuss more important and urgent topics, such as his favorite pastimes.

“I’m a huge soccer fan,” he told me with a grin. “Whenever I’m working, I have a soccer game playing in the background. It’s been a passion of mine for years.”

After discussing soccer for a moment, he continued and stated that he’s also an avid disc golfer, and he enjoys going for walks with his dog. He also enjoys a good movie every once in a while, his favorite movie being The Shawshank Redemption.

As our interview came to a close, I asked him about how the Great Lakes community and his church community have invested in him over the years and how he’s invested back in kind. Pensively, he told me:

“DC3 [Dr. Long’s church community] and Great Lakes have both poured into me in the time I’ve been a part of them in so many ways that it’s hard to really go into it. As far as how I’ve poured back into them, I really try to raise up my students the best that I’m able to make them the best ministers that they could possibly be,” he informed me joyfully.

“At DC3, we all pour into one another by helping with each others’ home projects- it’s impossible to be a part of such a community without giving back to it.”

The conversation concluded, and thanked Dr. Long for his time. Dr. Samuel Long is just one of several of the fantastic professors at Great Lakes Christian College. The student body is blessed to be able to get to know such individuals. If you love small community and would like to get to know your professors, give Great Lakes a look, and come get to know great professors like Dr. Long! 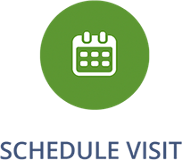