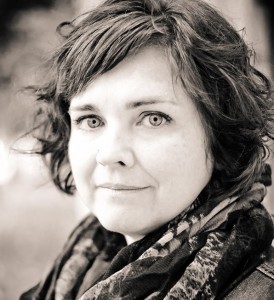 Susie Finkbeiner, a 2002 graduate of Great Lakes Christian College, is a published author of Christian Fiction. Residing in West Michigan with her husband and 3 kids, Susie looks back on her time at GLCC as a time of change, growth, and the catalyst that led her to the career and life she leads today.

While she always loved writing, when she entered GLCC, she thought she was on the path to becoming a professor. Her love for writing couldn't outweigh the fact that doing it professionally "always seemed like a crazy dream."

But, following her passions, she took a creative writing class and it was "with much fear and trembling" that she turned in her assignments. Even though it was scary to put her work out there, Susie is quick to point out how encouraging her professor was. In fact, she points to George Brown's literature classes as one of the most memorable aspects of her education at GLCC. The exposure to literature she may not have seen at a large university really stuck with Susie and the small size of the school allowed them to dig deeper into the content. "He didn't just teach it," she says, "He taught us to dissect it, and discuss it."

Through those same classes, Susie took some independent study courses which she says prepared her for the integrity and commitment it takes "to have a job where you don't have a boss." She learned to be a self-starter and get the work done without the nagging.

So, when plans changed and a family sent her down a new path, Susie felt well equipped to take on the career she had always thought would just be a dream. "The classes (at GLCC) helped me see the world in a different way, think about mercy, and build empathy. You need that as a writer."

Now, she has two books published and one set to come out in the fall. She also attributes the genre she has chosen to pursue to her time at GLCC. "The books contain Christian views because that's my world view," says Susie, "But I don't know if I would have taken that route without my time at GLCC." When it came to choosing her subject matter, she had to choose between cuss words and Jesus. "Jesus won, and I'm glad he did."

Susie's time at GLCC didn't only prepare her for a career she loves, but also guided her personal life and continues to. She also cherishes many of the friendships that she formed while there. "Because of of the small size, you know you'll have support when you go out into the big, scary world." And, of course, "I met my husband there, so I'm pretty happy about that."

Together, they attend Ada Bible Church with their family where they serve in the children's ministry and write a family program. "It prepared me to help serve," she says of GLCC. "And taught me what it means to be a part of the church community."

"It's basically a support system," she says. And one that helped her a lot when her first novel came out. The school hosted a book signing for her and she got numerous emails of support and encouragement. "Writing can be isolating, so it's nice to hear from people that are supporting you. It's like a big family propping you up."

Even though she didn't pursue the career she prepared for while at GLCC, Susie used her time there to learn other, important lessons. "I grew up a lot during my time there, I got a chance to branch out." She points out learning how to dig into the Bible, understanding what it meant when it was written and today, as one of the most important lessons she learned.

"I'm really grateful for my time there and thankful for the way that, even after 12 years, it still feels like home when I go visit."