Michael left GLCC with only two classes left and began work as a full-time minister in several churches. He eventually finished those two classes and received his diploma in 1985. For almost fifteen years he served as a minister and eventually took a break to work as an HR Manager and a writer. His beliefs and the values he gained from his college days, continued to mold his career choices and direction.

After a number of years in the ministry Michael participated in a college aptitude test and discovered he scored high in Writing and English language usage, so from there he decided to take a writing class. An assignment for that class turned into his first paid article for “Fur, Fish, and Game” magazine. A career as a writer suddenly didn’t seem so farfetched given his test scores, and the fact that he’d actually been writing for years as a minister. “I’d write sermons every week and then forget about them. I decided to turn some into articles and send them out for publication.”

His new path as a writer though, led him to Lansing Community College where he had taught writing classes for almost 15 years. He has published around 80 magazine articles, 10 books, and everything from poetry books to prayer study guides. He also founded Shepherd’s Purse, an organization that helps kids in the Ukraine and India. For almost 14 years Michael has served as the full-time executive director. Through partners in those countries, the organization sends funds and supplies, sends teams, and has built an orphanage. 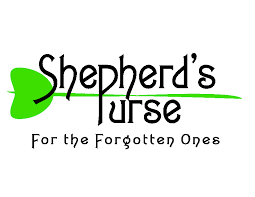 While Michael’s career path has taken him in multiple directions, there are many aspects of his time at GLCC that have stuck with him over the years. While Michael says the Bible education is being used throughout his life and laid the foundation of everything he does by preparing him to speak to people about Jesus, it’s the friends he made and the lifelong relationships that really resonate with Michael. His network is still supporting him to this day and helping him throughout his ministry work.

“It wasn’t as much the teaching,” says Michael, “But the mentoring that helped me grow.” The Professors set great examples with their lives in how dedicated they were to Christ and the Scriptures. Michael’s experience at GLCC, has been such a positive one that it rubbed off on his family. Two of their kids chose to attend and they have a granddaughter currently attending. “It’s become a family thing over the years. The lifestyle has become a part of the kid’s heritage.”