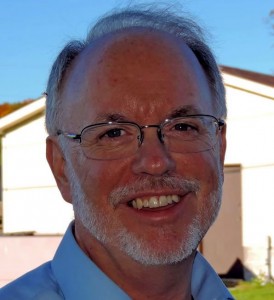 I am on an amazing journey that began at what was Great Lakes Bible College and is now Great Lakes Christian College. I learned about Great Lakes after having applied to and been accepted at Purdue. I chose GLCC and have never questioned that decision. It was at GLCC that God provided the foundation, education and mentoring that prepared me for the journey He had in store, and one that I could not have imagined. I graduated in 1981 with a B.R.E. majoring in New Testament and minoring in Greek. After graduation I took a ministry position at a church in rural Southern Ohio and served there for two years with my wife Peggy and our two children, Joshua who was 2 when we moved there, and Jennifer who was about 6 months old. At the end of that two years and before our children started school it was time to head off to graduate school at Abilene Christian University where I graduated with an M.A. in Human Communication in 1985.

I had a threefold desire; teach, continue to minister, and move back to Kentucky where I had spent part of my youth and had family roots. A week prior to graduation from ACU, while talking with my professor about needing to miss his class to call a church in Lexington, KY about a position they had advertised, he informed me that he had received a call that morning from Morehead State University in Kentucky. They were looking for an instructor and he wanted to know if I was interested in talking with them. We made the call and I flew to KY for the interview two days later. I was hired, finished my summer classes, graduated and moved to Morehead the following week to begin teaching a week after that. That was 30 years ago.

While at Morehead State University I have served as a program coordinator, the Interim Director of our Honors Leadership Residential College and Interim Chair in the Department of Communication, Media & Leadership Studies. After I retired three years ago, my dean at Morehead State asked that I come to work for him part time as the Assistant to the Dean in the College of Arts, Humanities & Social Science, where I have now been for the past three years.

In addition to my work at the university, I have served in part-time ministries with two congregations since moving to KY. I have been at Salt Lick Christian Church for the past 25 years and have served as youth minister, associate minister, preacher and elder through that time and serve presently as the preacher.
It is been an amazing journey that God has orchestrated all of which began at GLCC. To what will the journey lead next – only God knows. I have recently been accepted into the Ph.D. program in Leadership Studies at Johnson University to be prepared for where He may lead next. I am extremely thankful for the faithful servants at GLCC and how God has used them to impact so many for His kingdom. For those prepared at Great Lakes Christian College the journey can indeed lead anywhere by God’s orchestration and beyond what one can imagine.