The current business landscape is much different from 50 or 100 years ago. People do not tend to stay with a company for decades like they use to. Unemployment is low and there is a lot of competition and options for professionals.

Whether you are preparing for your first career, working your way up in your industry, or a business owner, your Christian values set you apart from the competition.

It is possible, and preferable, to put your Faith and your principals before everything else you do in business. We are going to discuss three inspirational Christian business owners who choose God first every single day in their profession and their personal life.

We hope this gives you the insight and inspiration to do the same in a cut throat world where most people are just looking out for "number one"--themselves. You will be most successful if your "number one" is God.

Before we dive in, we just want to mention that Great Lakes Christian College offers an online Bachelor's of Science in Business Logistics that includes Christ’s teachings so you can be a light to the world as a servant leader while being equipped to manage service and products with organizations all over the world.

We also offer an online Bachelor's of Science in Christian Leadership & Communication. . Our Christian college online classes will help you build a solid communications foundation, technology skills, and hone your skills that will prepare for a wide range of communication experiences that will be encountered in your personal and public lives.

Hobby Lobby is a chain of American arts and crafts stores. The stores and facilities are open for business every day with the exception of Sunday to allow employees to have more time to spend for worship, rest, and family. A statement on the company's website says, "This has not been an easy decision for Hobby Lobby because we realize that this decision may cost us financially. Yet we also realize that there are things more important than profits. This is a matter of principle for our company owner and officers."

As of April 2018, the chain has more than 800 stores nationwide. However, owner David Green, has been under attack for his stance against the company's health care program providing the morning after pill, stating that The Green family's religious beliefs forbid them from participating in, providing access to, paying for, training others to engage in, or otherwise supporting abortion-causing drugs and devices. They stuck to their beliefs depite public and legal outcry and on June 30, 2014, the U.S. Supreme Court ruled 5-4 that Hobby Lobby and other "closely held" stock corporations can choose to be exempt from the law based on religious preferences, based on the Religious Freedom Restoration Act but not on the First Amendment to the United States Constitution. 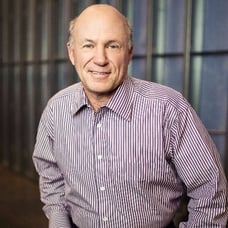 Chick-fil-A was originally founded as the Dwarf Grill in 1946, changing the name to 'Dwarf House' until rebranding as Chick-fil-A in 1967. The company operates more than 2,300 restaurants, primarily in the United States with locations in 47 states and plans for a location in Hawaii to be the 48th state. Many of the company's values are influenced by the religious beliefs of its late founder, S. Truett Cathy, a devout Southern Baptist. The company's official statement of corporate purpose says that the business exists "To glorify God by being a faithful steward of all that is entrusted to us. To have a positive influence on all who come in contact with Chick-fil-A.

All Chick-fil-A restaurants are closed for business on Sundays,as well as on Thanksgiving and Christmas. In 2012, COO Dan Cathy's public statements in opposition to same-sex marriage became the subject of public controversy.

Cathy states as the final step in his Five-Step recipe for Business Success "I was not so committed to financial success that I was willing to abandon my principles and priorities. One of the most visible examples of this is our decision to close on Sunday. Our decision to close on Sunday was our way of honoring God and of directing our attention to things that mattered more than our business." 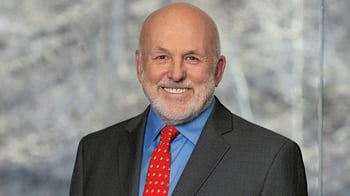 Tyson Foods, Inc. is an American multinational corporation based in Springdale, Arkansas, that operates in the food industry. The company is the world's second largest processor and marketer of chicken, beef, and pork.

In addition to placing 128 part-time chaplains (including both Protestant and Catholic Christians and Muslim Imams) in 78 Tyson plants,in 2006 the company invited their customers to download a prayer book, containing prayers from many faiths, including Christianity, Judaism, Islam, and American Indian spirituality, from the company's website to read during mealtime.

Since 2000, Tyson Foods has donated millions of dollars in cash to help non-profit organizations across the country. Forbes named Tyson Foods the second most proportionally generous company for its donations in 2007 totaling 1.6 percent ($8 million) of its annual operating income. Tyson initiated the KNOW Hunger campaign in early 2011 to raise awareness of hunger in the United States. After the Joplin tornado of 2011, Tyson sent 77,000 pounds of food to the city.It also sent 100,000 pounds of food to the communities along the Gulf of Mexico after the oil spill.

Learn to Lead a Christian Business at GLCC

Great Lakes has many opportunities to prepare you for a career serving the Lord in business and in life. Call 1-800-YES-GLCC or schedule a personal visit. Better yet, apply today! It's not too late.

This article first appeared in 2018 and has been recently updated.